The Big Island of Hawai’i is the youngest and largest island in the Hawaiian chain. Also known as the “Orchid Isle”, the Big Island is 4,028 square miles of land and is twice the combined size of all the other islands. It has a most unique climate ranging from tropical rainforests to open prairie and snow-covered mountains. Nearly every possible climate exists on this beautiful island.

Hawai’i is home to an incredibly diverse ethnic population of 148,000 inhabitants. Approximately 28% of the people are Caucasian, 29% Hawaiian or part-Hawaiian, and 15% Japanese. The remaining residents are primarily of Filipino, Chinese, and other Pacific Islander descent.

The Big Island is divided into nine districts. Since the trade winds normally blow from the northeast, the west side of the island experiences drier and warmer weather than the east side, which is generally cooler and wetter. The Kona coffee growing region spans the North and South Kona Districts, an area 20 miles long and 2 miles wide, on the western slopes of two volcanoes, Hualalai (8,500 feet) and Mauna Loa (13,400 feet). 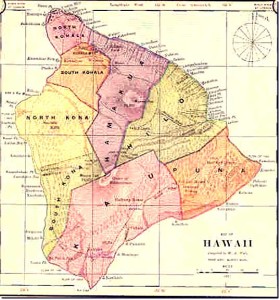 The Big Island of Hawai’i, Pacific Ocean. (place your pointer over the South Kona District to visit Dr. Paulo’s farms.)
The North Kona District is noted for its rich coral reefs and abundant populations of colorful fish and marine life in its near shore waters. Many ancient historical sites can still be visited along the coast and even within the seaside town of Kailua-Kona. The ancient temple, Ahu’ena Heiau, is where King Kamehameha maintained control in the early 1800’s over boats entering and leaving the bay. He also monitored the farming of his village from Ahu’ena. The North Kona District also hosts some of the most beautiful white sand beaches on the Big Island.

The South Kona District is an extremely historical area. Pu’uhonua o Honaunau (Place of Refuge) National Historical Park offers glimpses of life in ancient Hawai’i. In the early years of Hawaiian civilization, it was to the Place of Refuge that people who broke kapu (sacred laws) would attempt to flee. If the kapu breaker could reach this sanctuary, his life was spared. At Kealakekua Bay, just up the coast from the park, one can look across the water and see the Big Island as Captain James Cook did when he anchored his ship there in 1779. 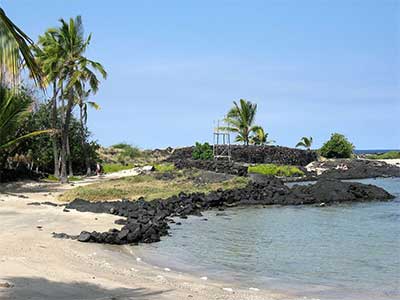 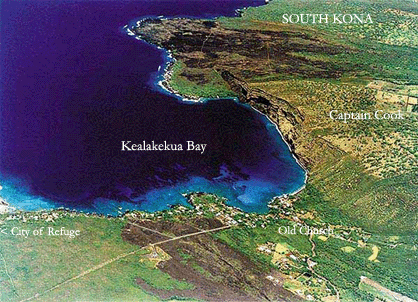 South Kona
The area around the South Kona town of Captain Cook has a variety of farms woven throughout the land. Plumeria, macadamia, pineapple, and coffee are harvested side by side. Rich soil and good conditions allow for this unique growing environment. Dr. Paulo’s ‘ohana farms are located here in Captain Cook and Honaunau.
SHOP NOW
0